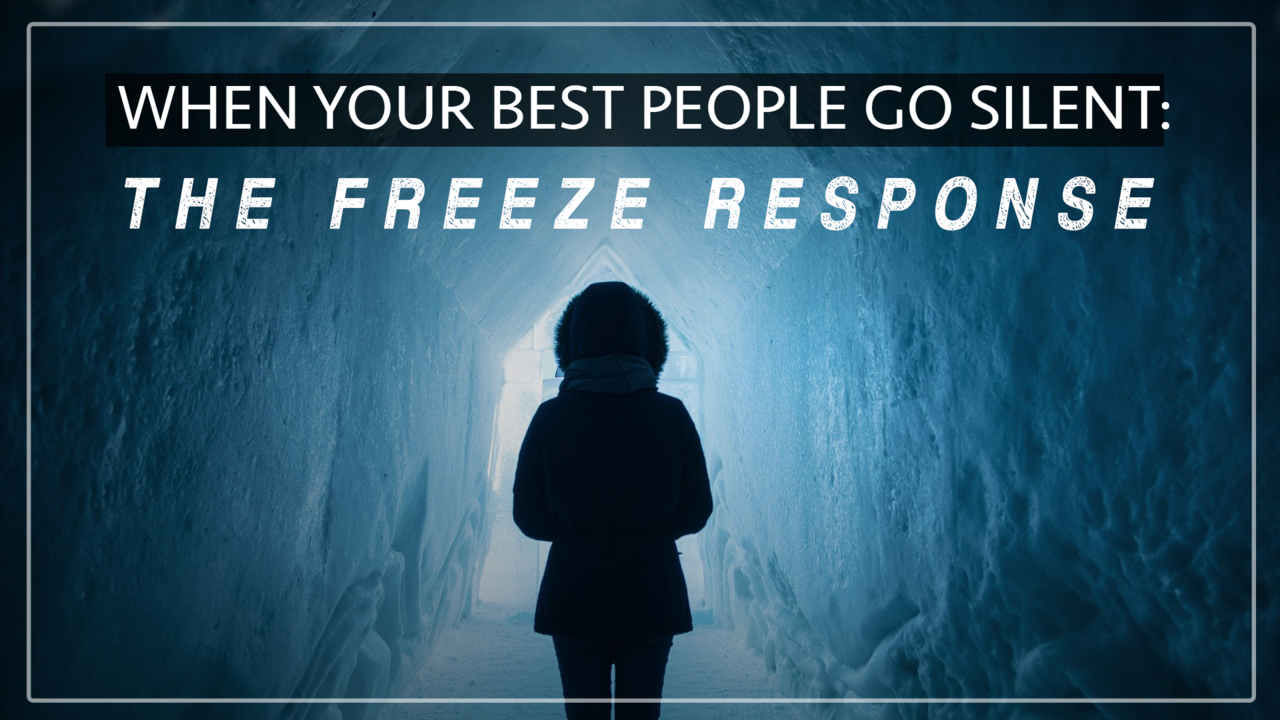 When Your Best People Go Silent: The Freeze Response 🧊

As a leader, one of your most important tasks is to build a culture of trust within your team and organization. Because if you don’t, leading in the absence of trust will be like trying to push a massive boulder up a hill. When there is distrust within teams, it can unravel all of the hard work you’ve done. Even worse, some of the problematic behaviors that result can multiply one person’s distrust into an unhealthy, untrusting environment for all.

Distrust is harder to identify than trust, so you might not notice it, even if it’s happening right under your nose. But the fact remains, whether we see it or not, a lack of trust within teams causes the untrusting individual(s) to respond with one of three instinctive behaviors: fight, flight, or freeze.

The fight response, born out of a primitive need to protect ourselves, is often expressed as gossiping, blaming, teasing, stonewalling, triangulation, back-channeling, and/or bullying. Even easier to identify, the flight response translates into people leaving the organization. But what’s not often talked about is the freeze response.

Freezing—in the context of an organization—looks like playing it safe, or saying nothing. Physiologically, the body’s reaction to the fight-or-flight response involves heart rate, blood pressure, and respiratory rate increase in addition to heightened awareness of potential threats. Conversely, the freeze response causes a very different nervous system reaction which includes slowing of the heart rate, and literally—or figuratively in the case of organizational dynamics—simulation of death so that a predator loses interest. When trust has been compromised, the “frozen” will go silent because they are afraid to speak up.

As a leader, if you notice that your best people have gone silent, it’s a red flag that they may have opted for the freeze response to protect themselves while still collecting a pay check. Take a look at these signs of distrust and consider that you may need to pay more attention to building trust within your team to unthaw the freeze.

Zeroing in on Signs of Distrust Within Teams

If you notice any of these signs, there’s a good chance you’ve got a trust problem at work.

If you notice any of these signs of distrust, it’s time to take action. If you haven’t seen any of these signs, you can still work to prevent them. Start by being crystal clear in your intentions, ensuring that everyone understands that they will be expected to voice their opinion on team projects, and that they will be listened to and respected. Model a culture of trust, starting with yourself. Ask teams what they need from you in order to better achieve their goals, and believe them. Follow through and deliver to them what they’ve asked of you. Finally, give teams scheduled social time, away from the pressure of deadline-driven projects, where they are free to get to know (and trust) each other better.

Within an organization, trust works like a heater. If it’s not functioning properly, everyone is distracted and dysfunctional because they’re preoccupied with trying to stay warm. But when trust is tended to and repaired, people feel comfortable to do their best work. By zeroing in on the signs of distrust and working to mitigate them, you can make critical needed repairs to your trust infrastructure and give your talent the conditions they require in order to thrive.

As the CEO and founder and voice behind eLeadership Academy™, Sandra McDowell helps leaders and organizations increase performance and well-being by leveraging insights from cognitive science to harness the untapped power of the brain.

When Your Best People Go Silent: The Freeze Response 🧊
leadership trust
Sep 22, 2022
Connection is at the Heart of Collaboration Aug 24, 2022
Deal with it or park it.
brain-health leadership neuroscience stress
Aug 03, 2022 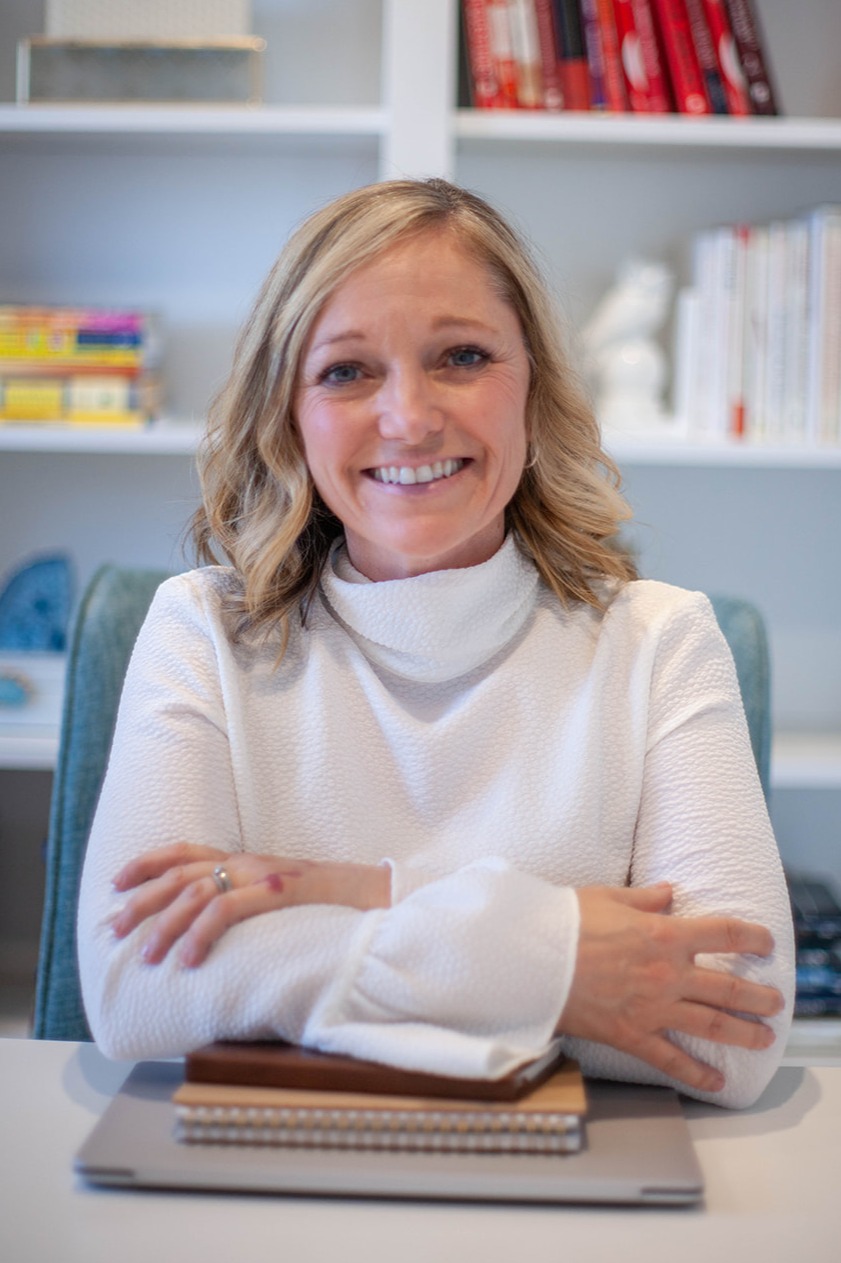 As the founder and voice behind eLeadership Academy™, Sandra McDowell helps credit union leaders be a force for good through accessible, effective online training solutions—grounded in neuroscience and human-centric principles.

We’re sparking a bold new conversation about leadership. Join us! Sign up to stay informed of new classes and all the latest leadership insights. 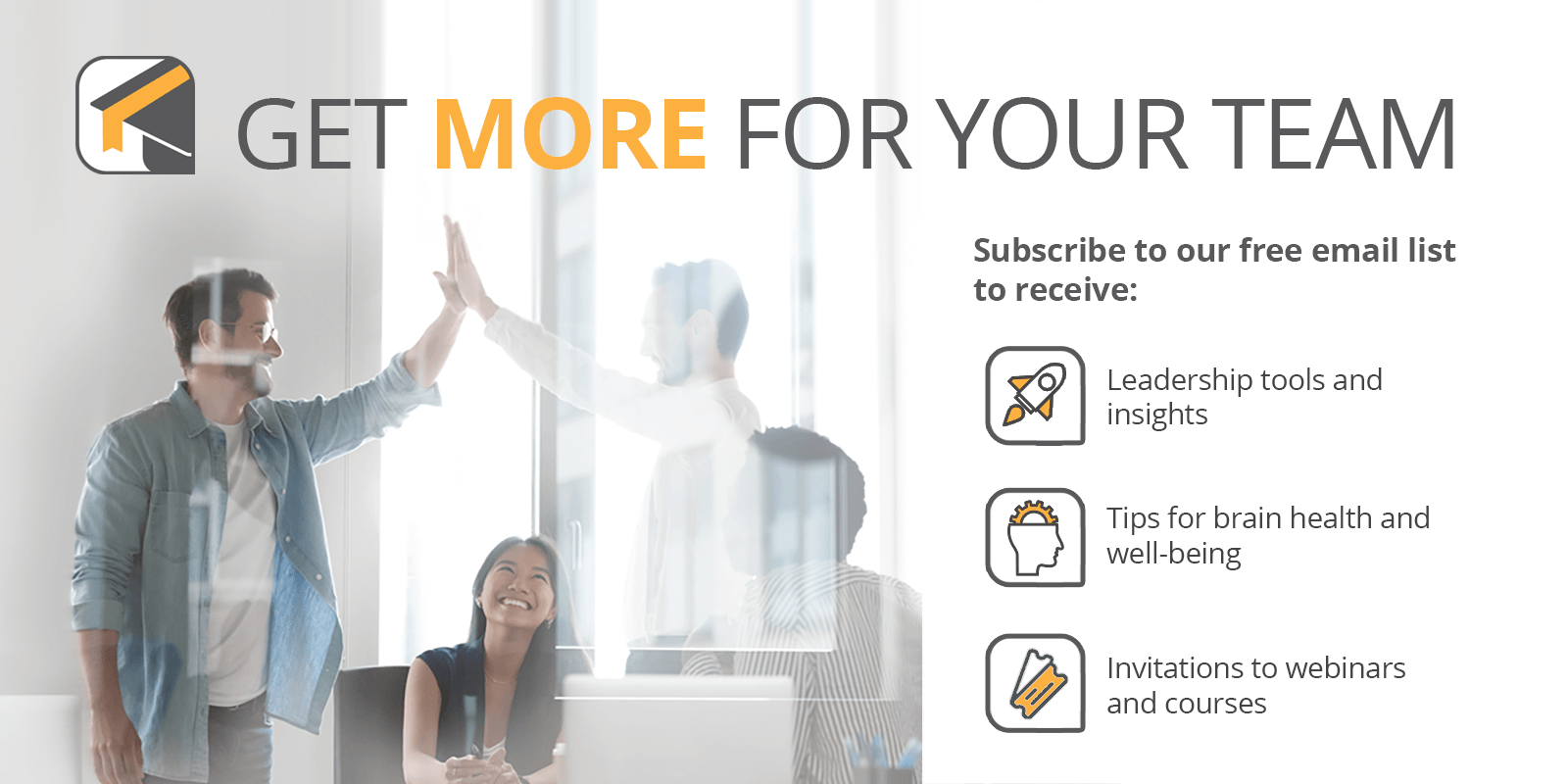